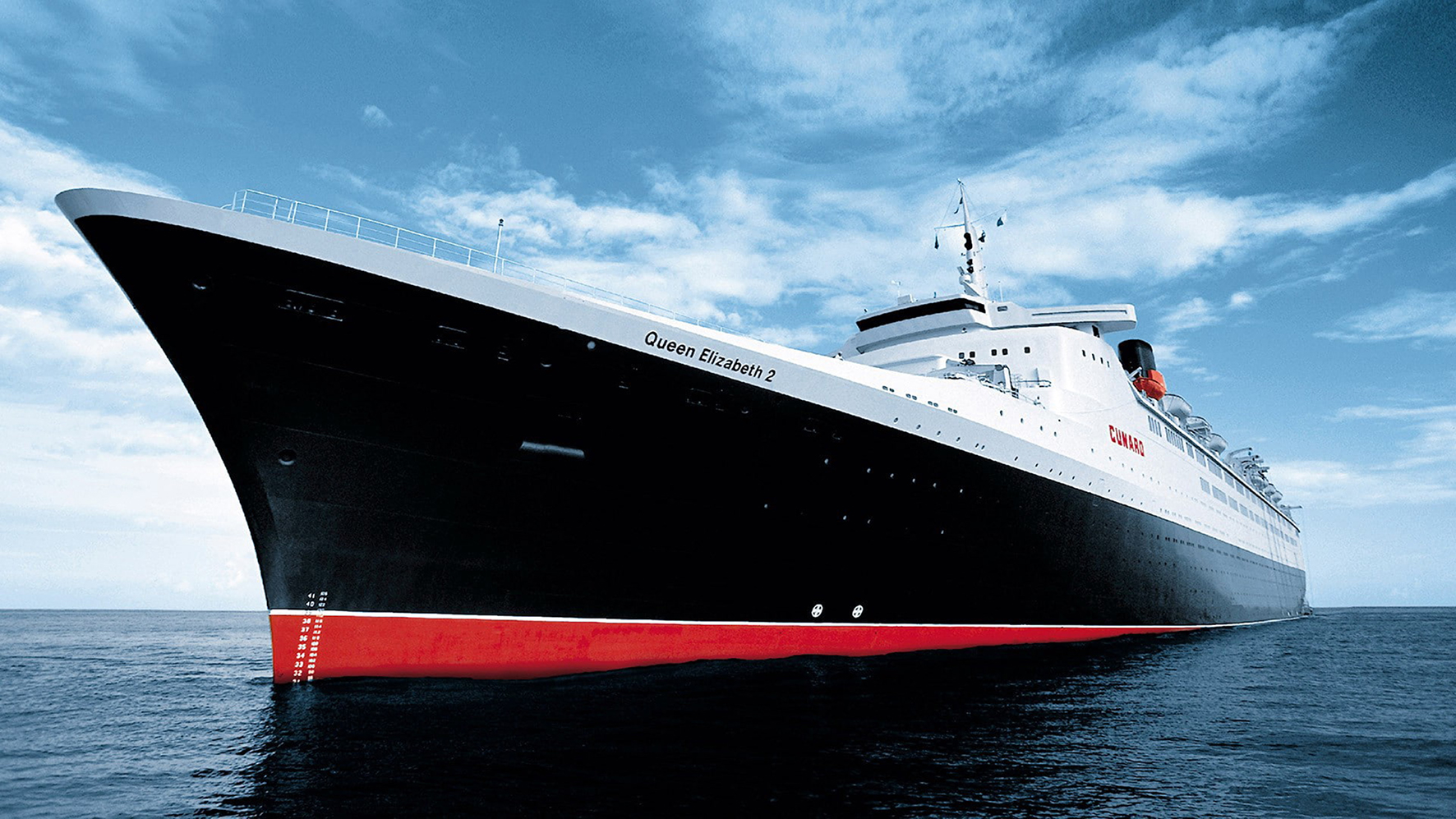 The intriguing story of this iconic liner from launch in 1967 to her final departure from our shores in 2008. Find out which celebrities and which members of the Royal Family sailed aboard. What part did the QE2 play in the Falklands War and who ordered her to be sunk by torpedo in 1973?  There are stowaways, stolen items and stories about staff, the Queen and much more! 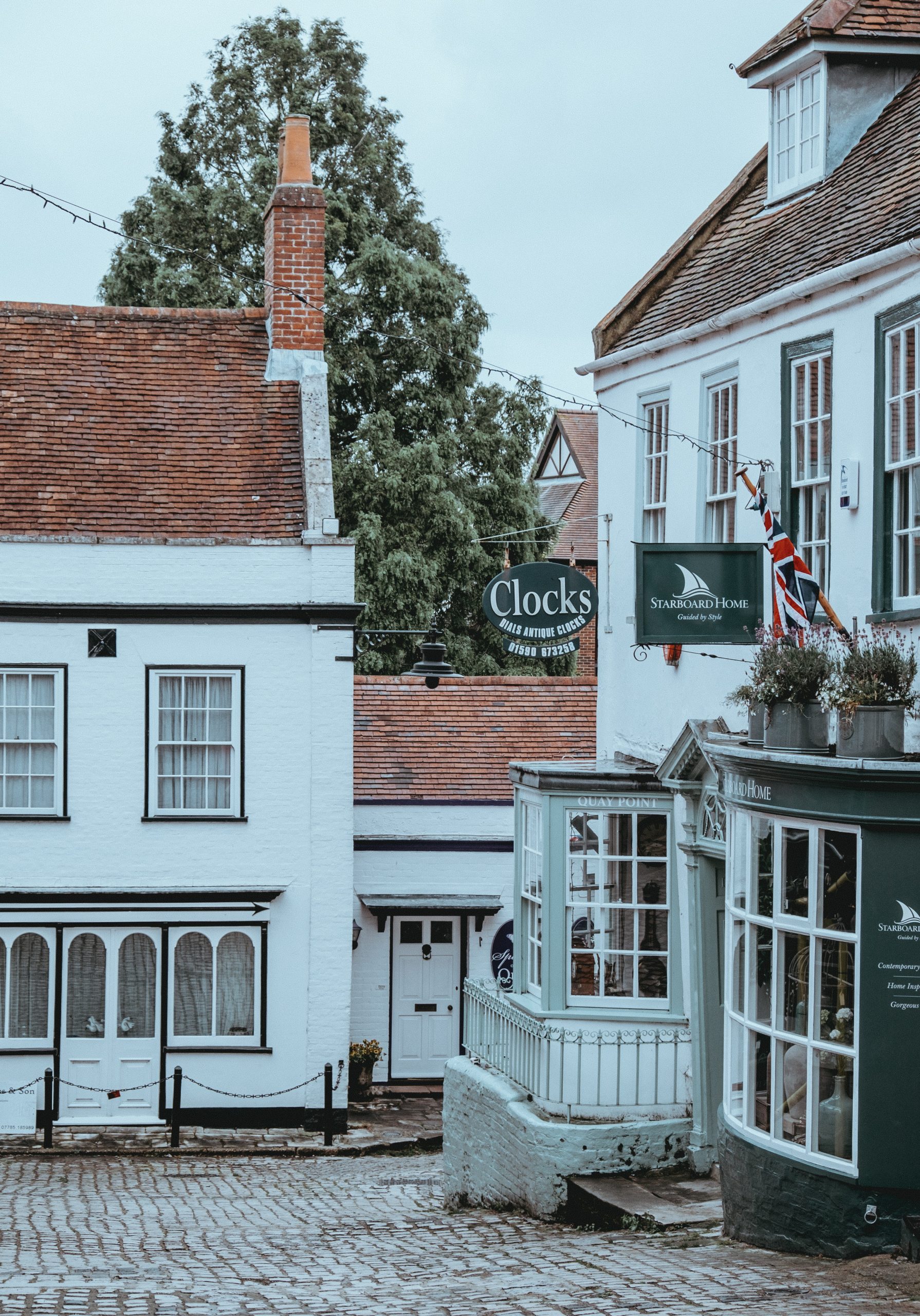 Enjoy a day out in the historic town of Lymington and learn about its early beginnings as a Norman new town with a sheltered port and ideal crossing point for the Isle of Wight. Follow its journey as a bustling port from salt-making to smuggling, right up to the affluent sailing centre you see today. There are two tours to fill your day, one concentrating on the elegant buildings and the other on the waterfront and Quay. You will need to bring or find your own lunch in between the tours. 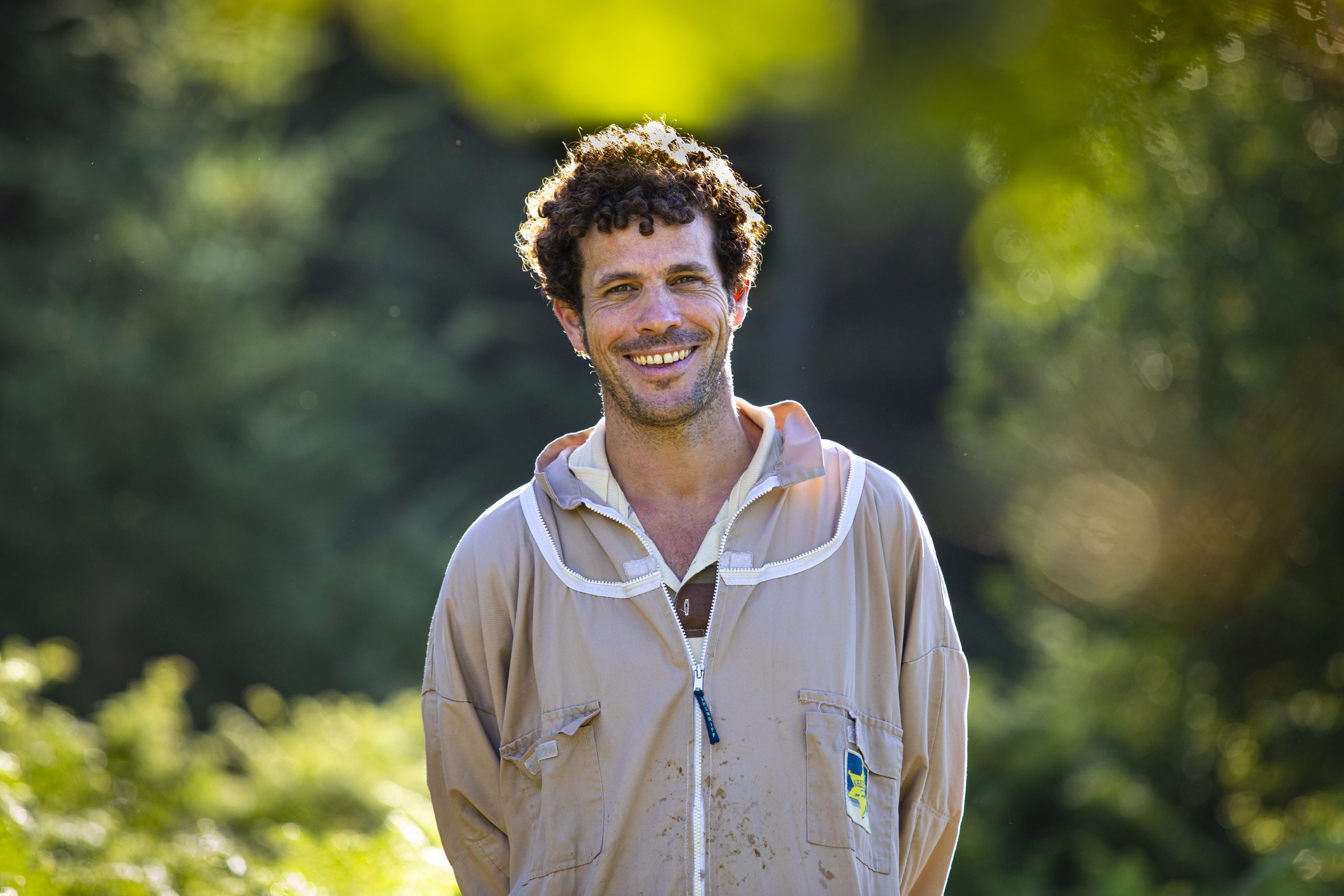 Furzedown Farm Conservation Area has been managed as a wildlife conservation area for the last 50 years by The Noble family. Bees are an integral part of the conservation efforts and has seen a small hobby develop into a growing business.

Come and enjoy a talk about bees and nature from founder, Simon Noble while enjoying tea and cake. Watch a live beehive inspection and make your own beeswax candle to take home with you, as well as a complimentary pocket guide to Planting for Honeybees.

This event is subject to nice weather and also involves a five-minute walk into the woodland valley. Learn more about The Noble Bee at www.thenoblebee.co.uk 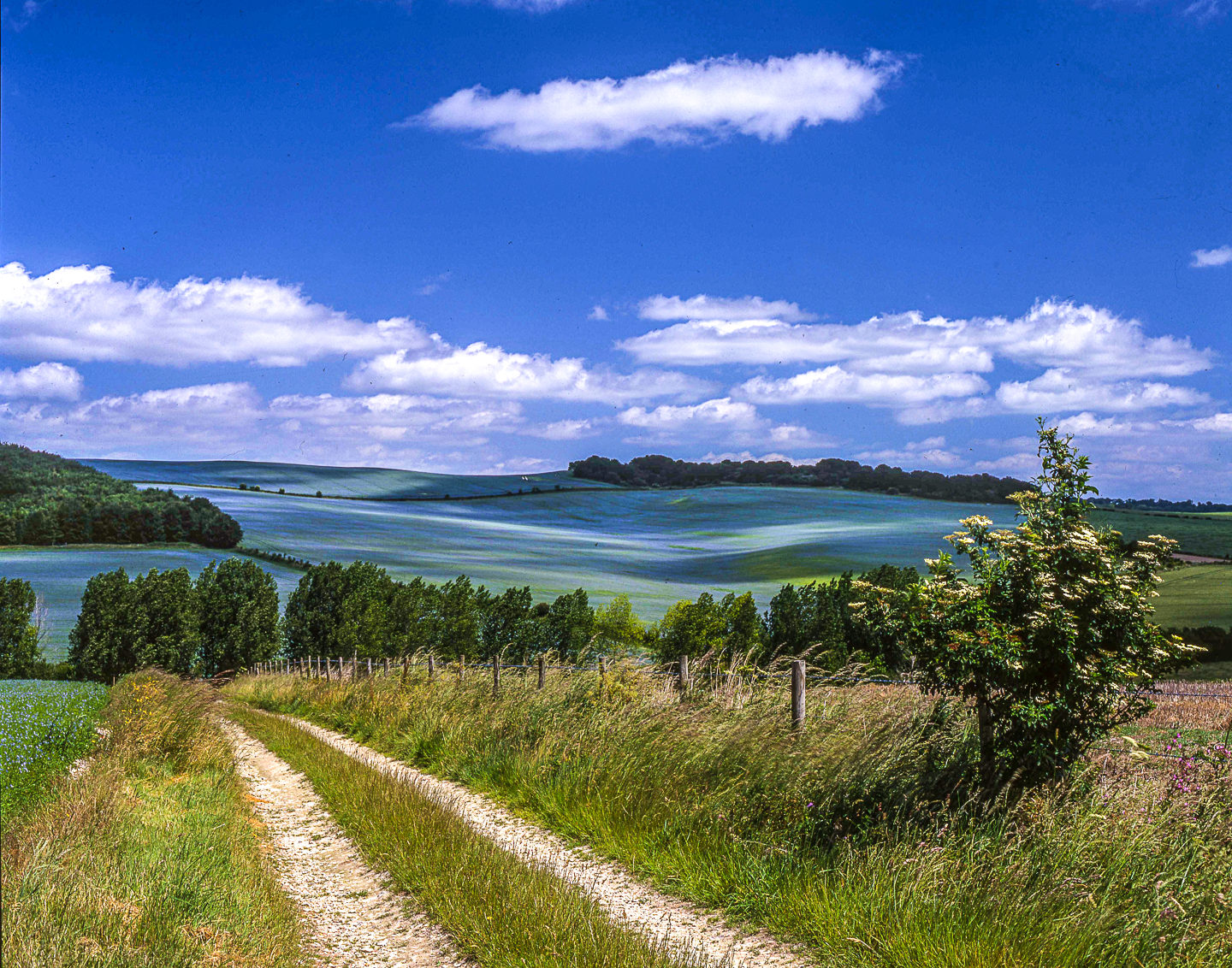 This 8 mile walk crosses not only the Dorset, Hampshire and Wiltshire boundaries, but also the edges of Cranborne Chase. With wonderful views of Pentridge to the east and Cranborne Chase to the south and west. There are many ancient and some more recent features along the walk, and also a chance to see the nature conservation projects at West Woodyates. The walk is gently undulating on good tracks. Please bring a packed lunch and allow time for tea afterwards. Please dress appropriately for the weather with stout footwear. 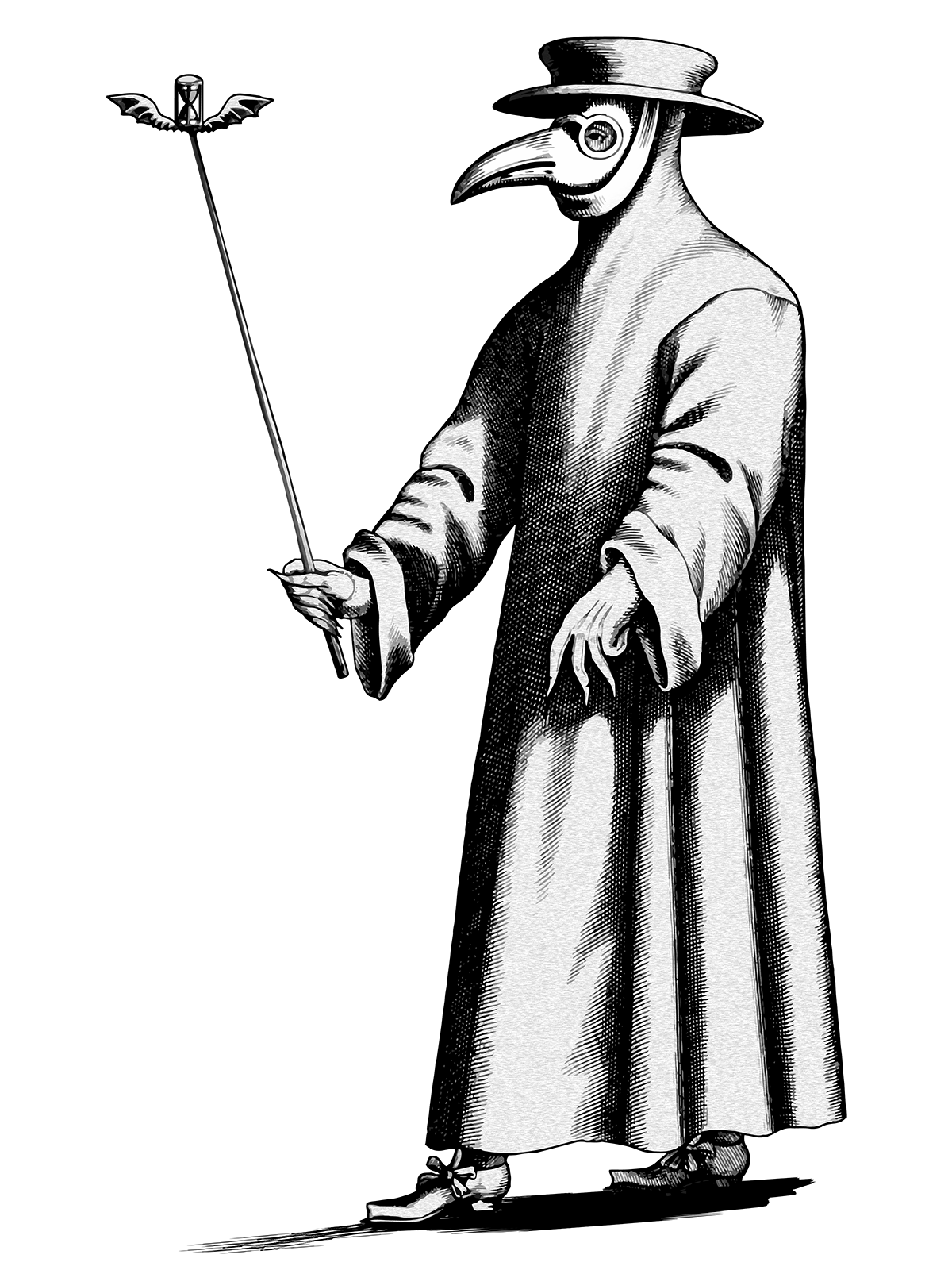 The Great Plague of London – Talk by Dr Carol Reeves

We are all aware of the effects of the global pandemic that has ravaged our lives since 2020. Imagine, then, a plague raging around the great European ports in the mid-17th century, eventually arriving at the Port of London in the hot summer of 1665. It was the city’s most famous historical epidemic, and in less than a year had killed a quarter of its residents. Fast forward to the 21st century and we have discovered through examining the remains of plague victims that the Great Plague of London was caused by the same bacteria as resulted in the Black Death of the 14th century, and many plagues before that. But this, surprisingly, is not a disease of the past, and the bacterium lives on in many rodents today, causing cases of plague in the unlikeliest of places! 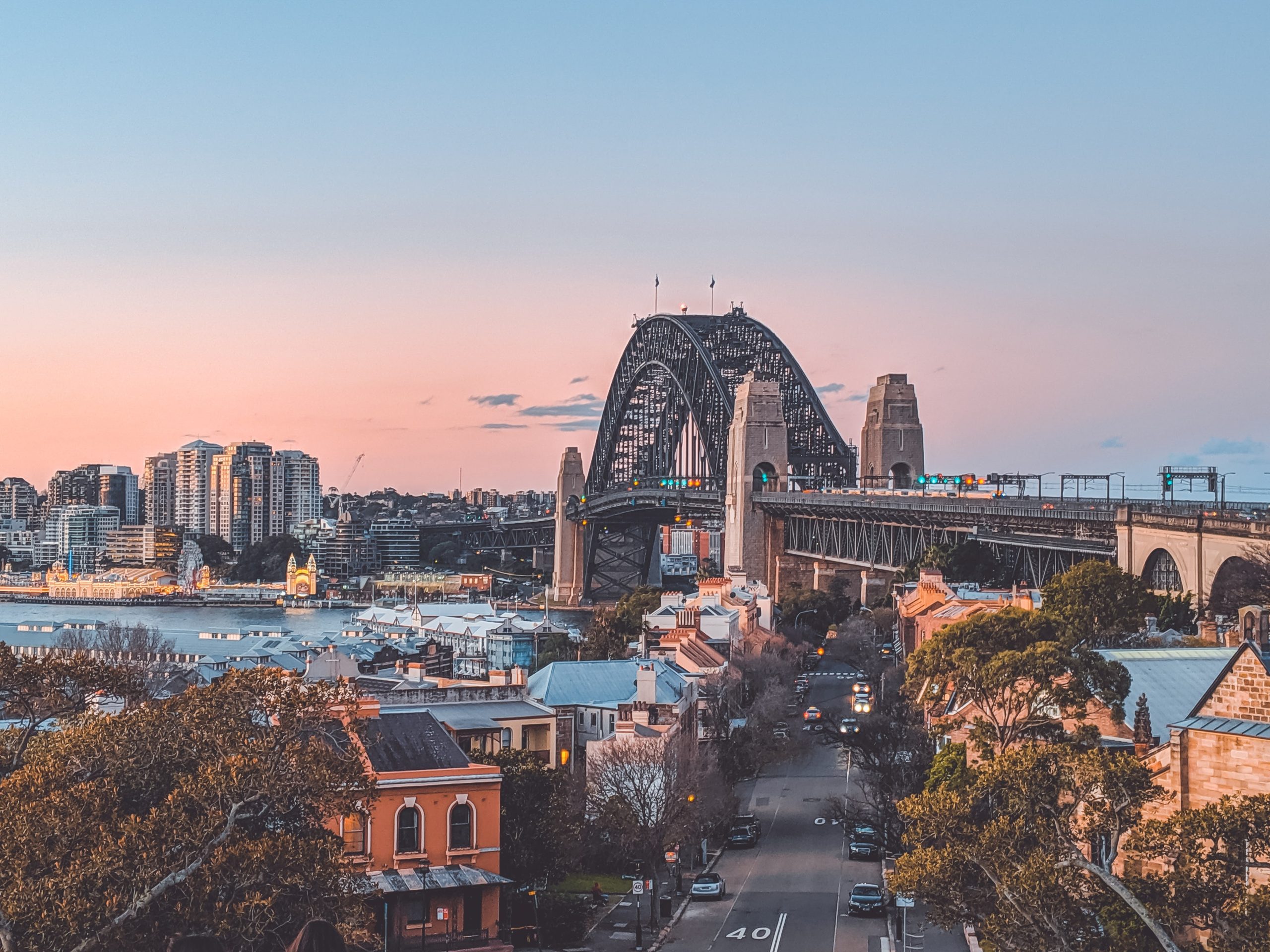 Andrew returns for the next instalment of his travelling adventures. Starting on the wonderful Indonesian Islands, with volcanoes adding to the drama; marvel at the splendid Buddhist Borobudur, the Hindu temples of Bali, bats by the million and on Komodo, the Dragons! In Australia find the straightest railway in the world to see the largest rocking horse ever. Then on to the steepest railway to meet The Three Sisters in the Blue Mountains while historic Sydney awaits. 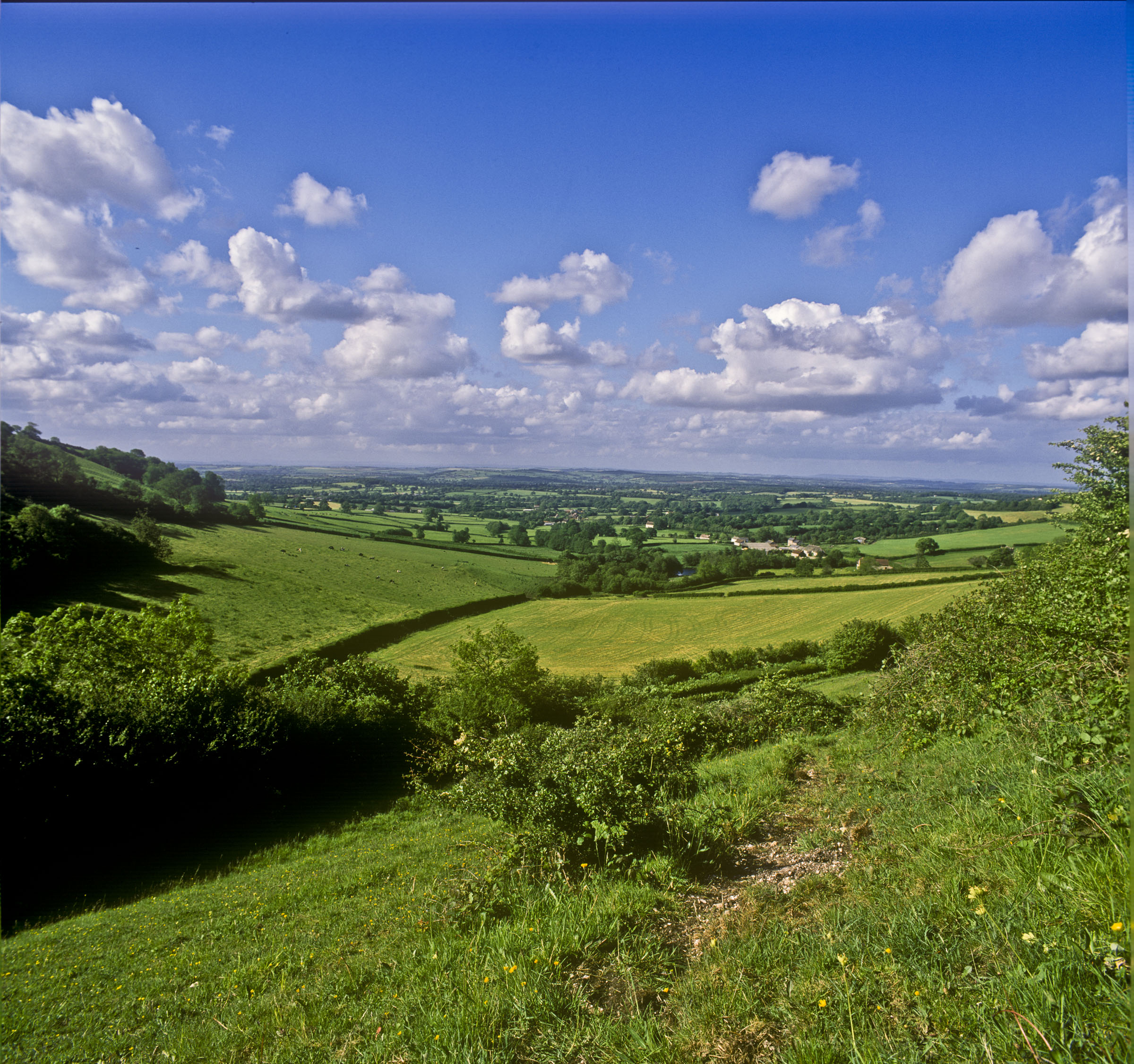 Home to the Stonor family for over 850 years, Stonor Park is one of the oldest family homes still lived in today and has a thousand stories to tell. Architecturally fascinating, and full of art and treasures collected from across the globe with historic maps and documents that also reveal generations of service to the country. A stroll through this house is a vivid walk through history.
Spend an exclusive day at this magnificent property, starting with morning coffee followed by a tour of the house and chapel. Then stop for a light lunch provided by the estate, followed by a tour of the gardens and then free time to wander, all finished off with tea and cake! 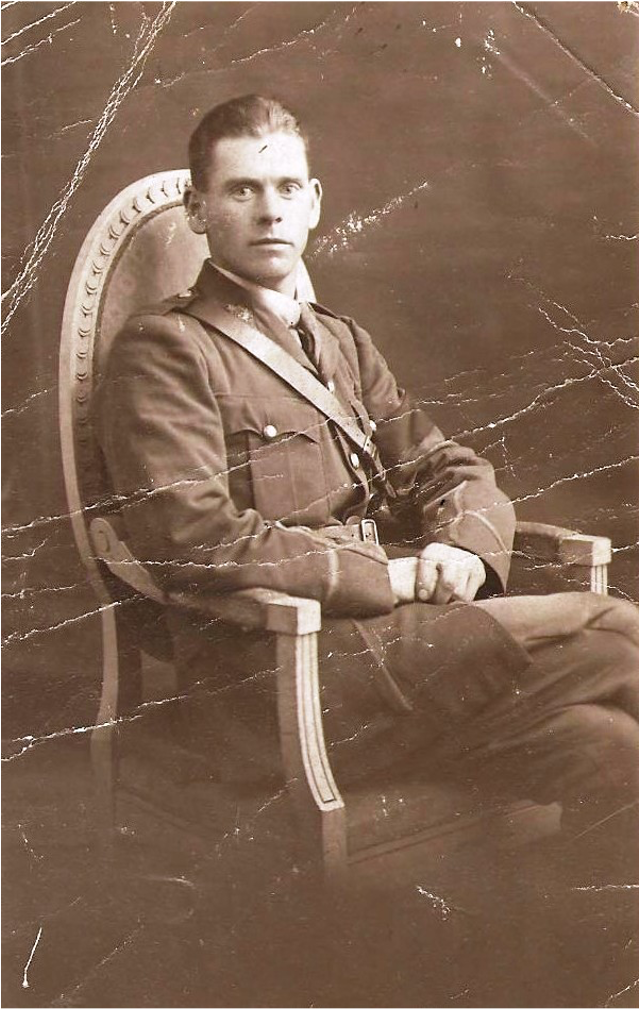 A most intriguing story about Salisbury taxi driver, Stanley Spicer, and the events that led to his untimely death in April 1920. Was it at the hands of a serving soldier called Percy Toplis who stole the taxi and was the target of a six-week national manhunt, until he was finally cornered by police in Cumberland and shot dead? Join us to discover the complex details of this case expertly woven and revealed by Paul. 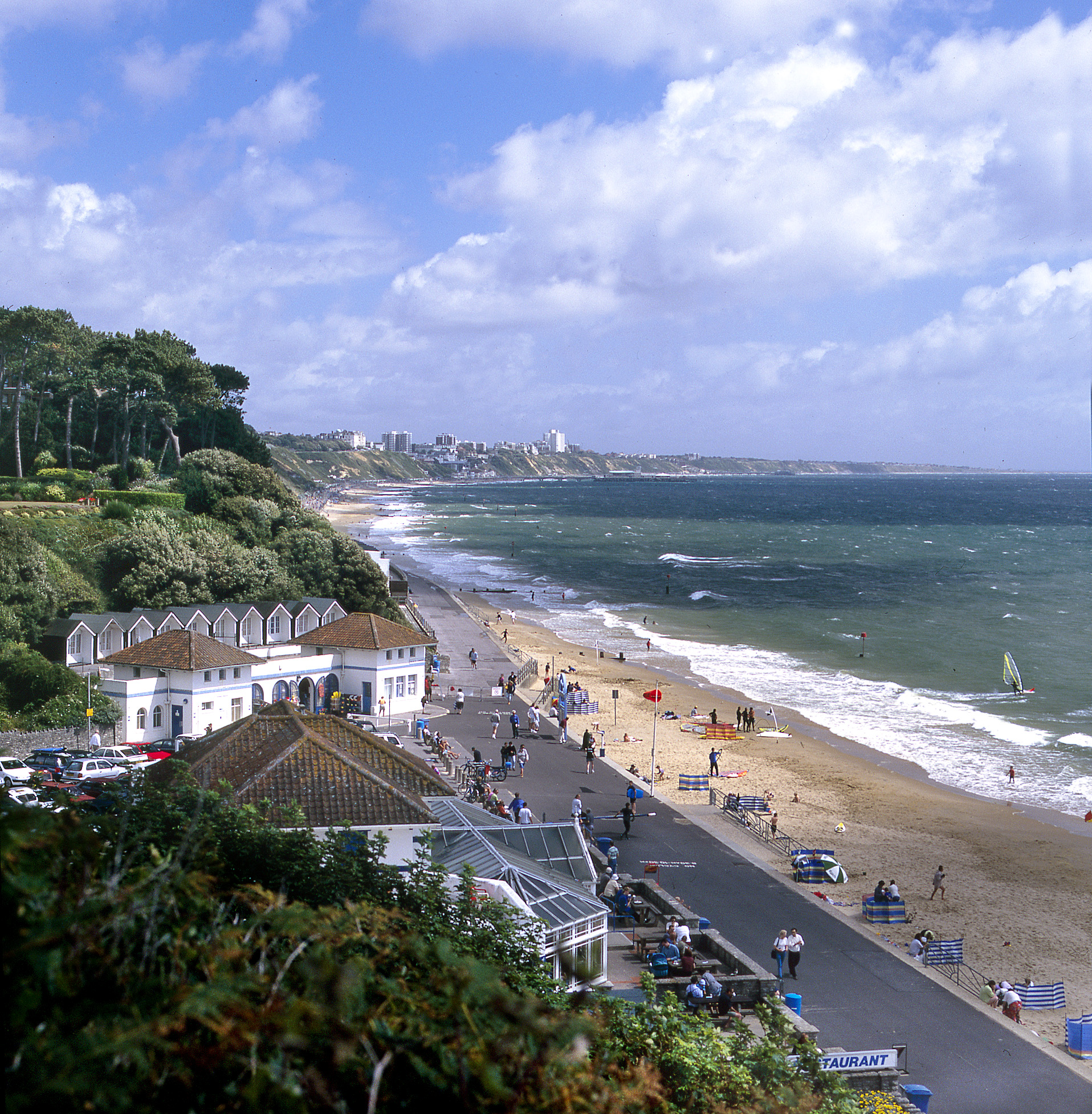 The Man who Rebuilt Wessex – Talk by Francis Burroughes

The story of Benjamin Ferrey, a nineteenth century architect, who is now almost entirely forgotten but who was responsible for building nearly four hundred churches, country houses, town halls, hospitals, and other buildings in the West Country. His other claim to fame was planning and laying out the elegant seaside town of Bournemouth. 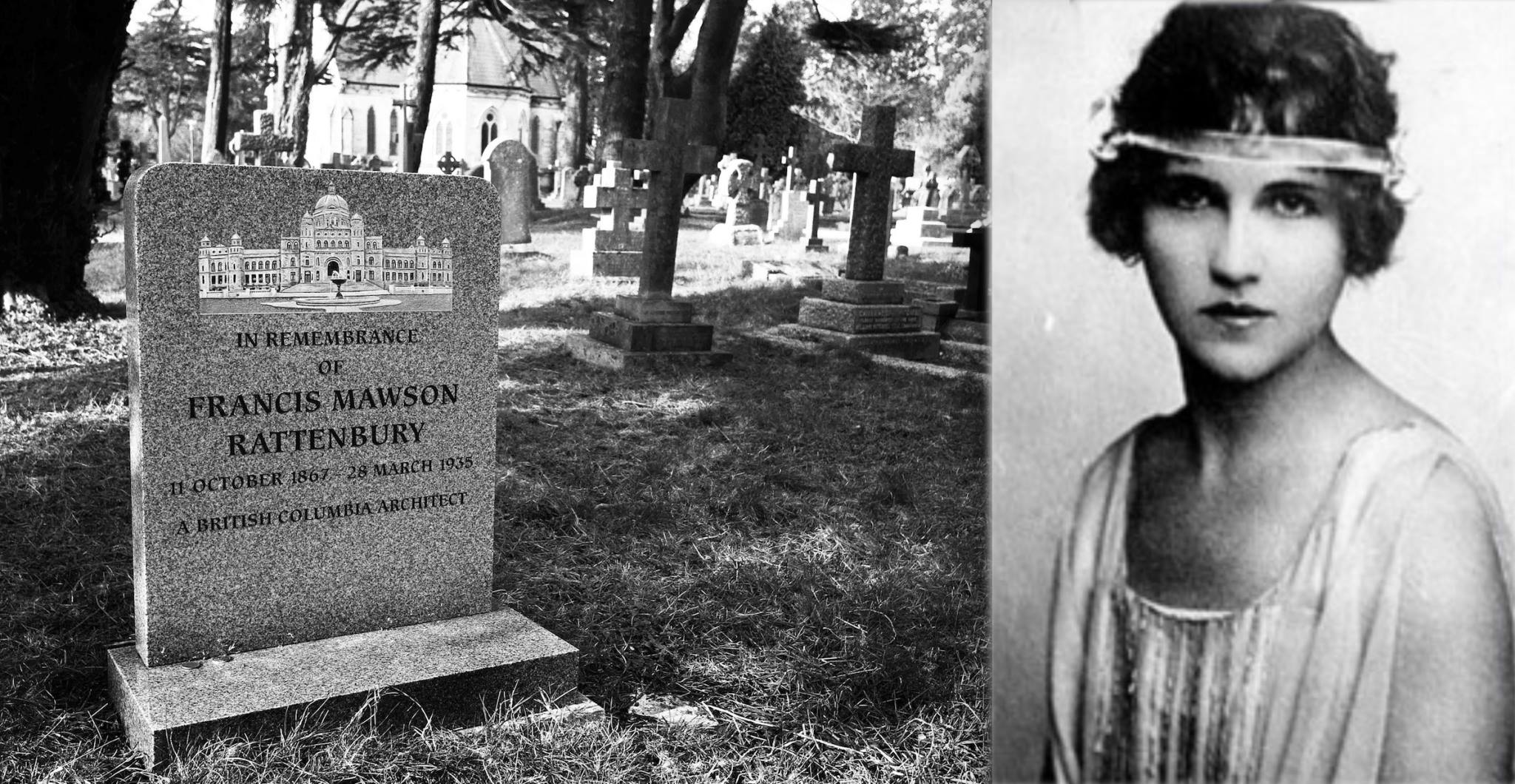 Back by popular demand! Join Hattie Miles on another chance to walk around Bournemouth’s East cliff. You’ll discover the extraordinary story of a murder that took place in 1935, an historic shipwreck just offshore, plus an RAF war hero. Be prepared for some ghost stories with some intrigue too. The walk is mostly level, will take about 1.5 hrs and is about 2 miles in length. Please dress appropriately for the weather with stout footwear.

An exhilarating 8-mile walk along part of Dorset’s Jurassic Coast providing stunning views east, west, and inland across the Purbecks. The route is fairly undulating with one steep decline and one steep incline. Please bring a packed lunch and allow time for tea afterwards. Please dress appropriately for the weather with stout footwear. 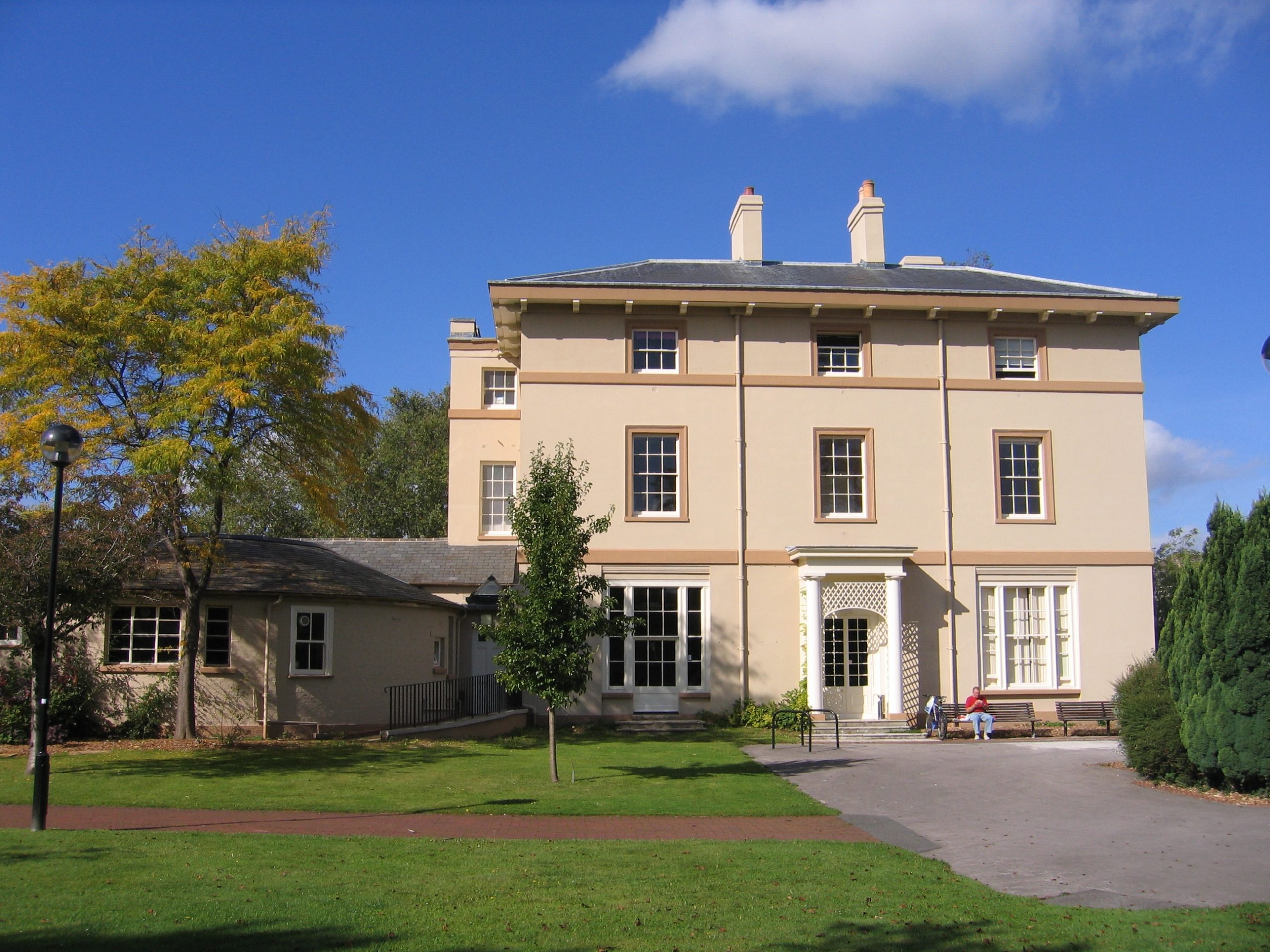 Join us for an informal Annual Friend’s Meeting. Find out how EDHT has coped over recent years and is moving forward to a brighter future. 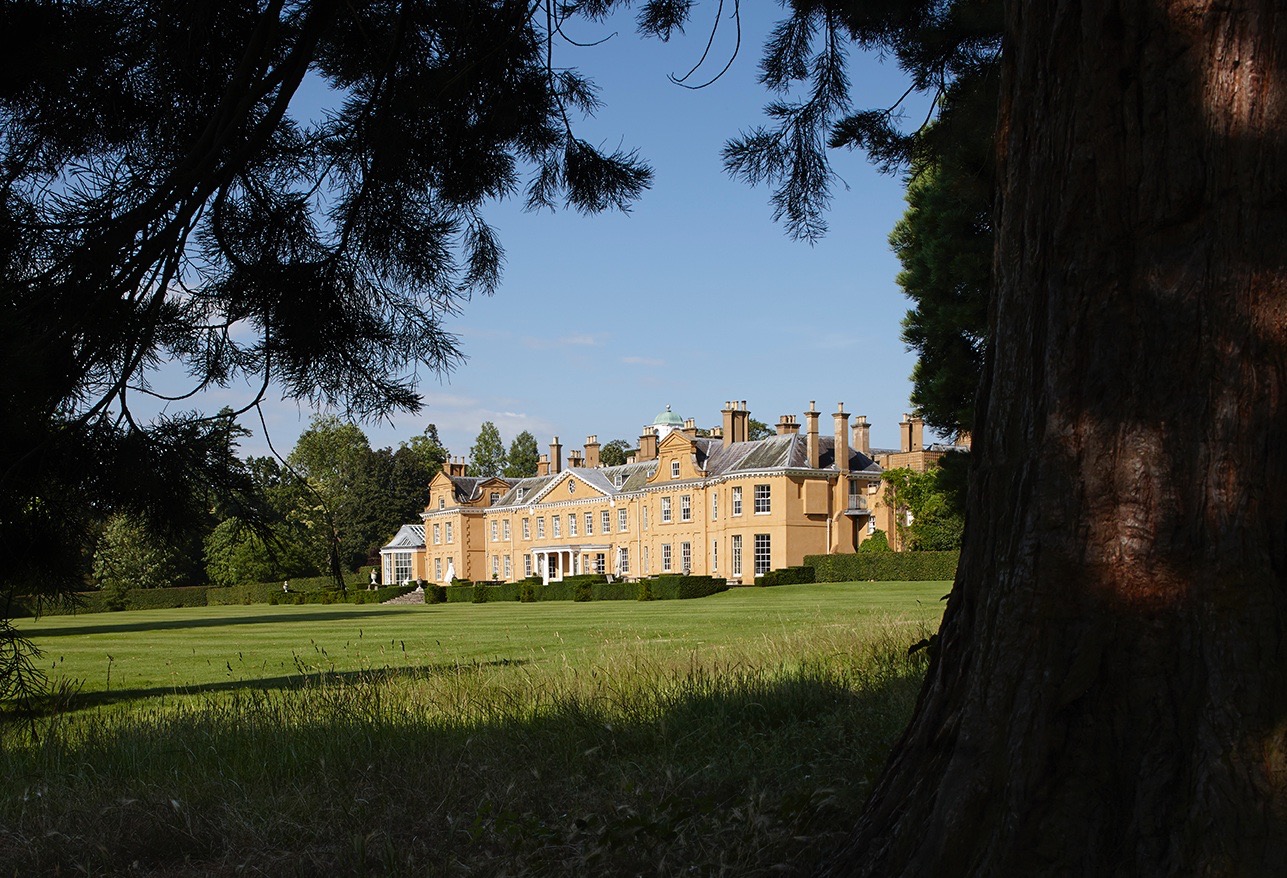 Stratfield Saye House was built in 1630 by the Pitt family and was given to the Duke of Wellington in 1818 by Parliament as a ‘thank you’ for saving the nation from Napoleon. It has been the elegant, but intimate home to the Dukes of Wellington ever since and is now lived in by the 9th Duke and his family.
Join us for an exclusive day at this wonderful property, which is only open to the public for a very limited time each year. Start the day with morning coffee followed by a tour of the house with its wonderful collection of paintings and furniture, plus an exhibition and talk on the Great Duke and his magnificent funeral carriage. A light lunch will be provided for you and then there is an opportunity to wander freely through the extensive and simply stunning grounds. A visit to the Wellington Farm Shop will finish your day.

Join a Jurassic Coast Ambassador on this 3–5-mile guided walk, including Tyneham, Pondfield Cove and Worbarrow Bay, to examine the geology of this stretch of the stunning Dorset coastline. Please bring a packed lunch and drinks and dress appropriately for the weather with stout footwear. Walking poles are recommended for the steep terrain and shingle beach 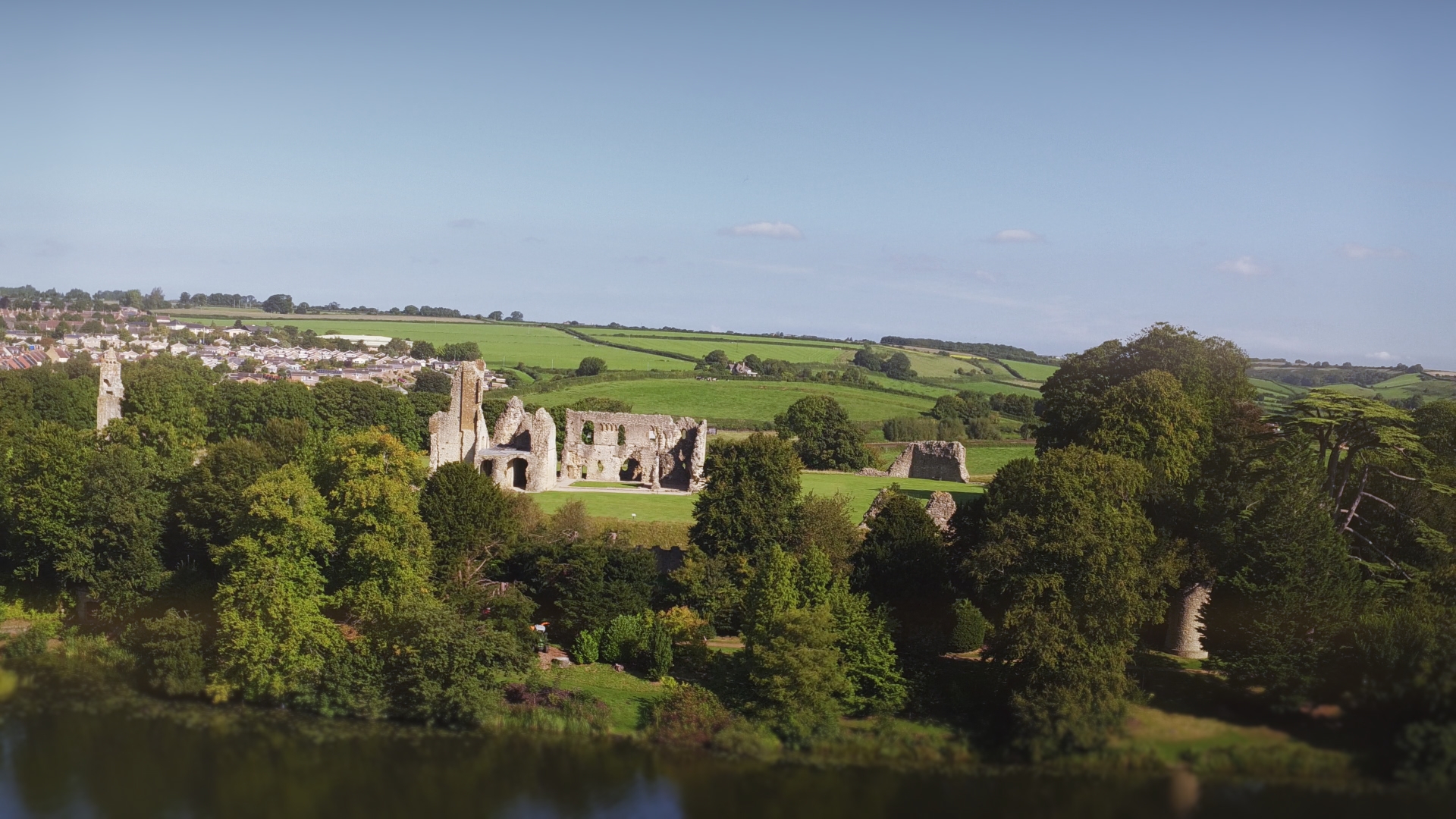 A 7.5-mile undulating walk through Sherborne Castle parkland then amongst open farmland around Alweston and Longburton. The route then goes through orchards and wooded tracks with a fairly steep descent back to our start point. With beautiful views of countryside and castle. Please bring a packed lunch and allow time for tea afterwards. Please dress appropriately for the weather with stout footwear.

An opportunity to get up close to a wind turbine on the edge of Reading, where the resident expert, Ian Gough, will be on hand to answer all your questions and dispel any myths about these giant additions to our land, sea, and cityscapes. By stark contrast the day then moves on to the Royal Borough of Windsor where you will stop to have lunch (not included in the ticket price), before enjoying the rare experience of visiting a royal residence! – Frogmore House. This stunning 17th century house, bought by Queen Charlotte in 1792 and a later favourite of Queen Victoria, has a stunning series of exquisitely decorated rooms displaying a passion for botany and art. There follows a tour of the grounds (not usually available) which was first laid out in the 1790s with thousands of trees and shrubs providing a rich setting for all the seasons amongst the lakes, glades and bridges. This is a rare opportunity to see a hidden royal gem. 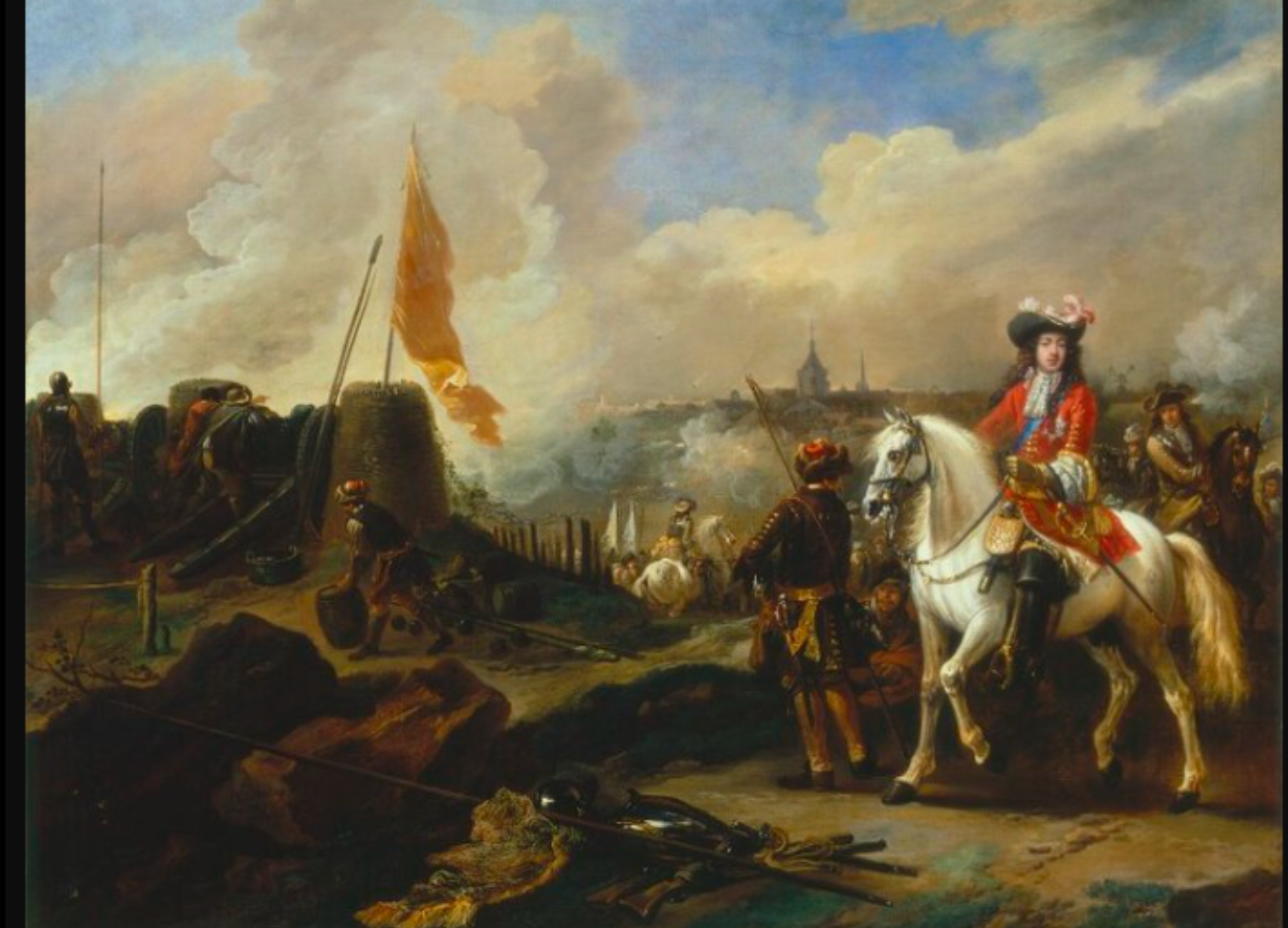 The Duke of Monmouth – Talk by Brian and Jacqueline Sutton

James, Duke of Monmouth, went from ‘hero to zero’ in just a few days in 1685.  The story of his spectacular decline is outlined in this talk; from the Battle of Sedgemoor, his capture and brutal execution, to the bloody assizes and the involvement of ‘the hanging judge’ George Jeffreys, plus the unjust treatment and trial of Alice Lisle of Ringwood.

Call us on 01202 888992 to obtain further details on all our courses, heritage events and room hire to check availability.